You are enrolled in the Computer Organization and Architecture course at your university. You decide to write a program to help check your work by computing the output value of a combinational digital circuit, given its inputs.

Consider the circuit shown in Figure A.1, which we use for illustration. This circuit has four inputs (letters A through D on the left), each of which is either true or false. There are four ‘gates’ each of which is one of three types: AND, OR, or NOT. Each gate produces either a true or false value, depending on its inputs. The last gate (the OR on the right) produces the output of the entire circuit. We can write these three types of gates in text by their equivalent logical operators: *** for **AND, + for OR, and - for NOT. In what follows, we’ll use the operators rather than gates to describe circuits.

Here is how these operators work. Given an assignment of true (T) or false (F) for each input, the operators produce the truth value indicated in the following tables:

Notice that AND and OR take two inputs, whereas NOT operates on only one input. Also, we use postfix notation to write expressions involving operators (like A B *), where the operator comes after its input(s) (just as how in Figure A.1, each gate in the circuit diagram comes after its inputs).

When we describe a valid circuit in postfix notation, we use the following syntax.

Thus, one of the ways the circuit in Figure A.1 could be described using postfix notation is as the string:

Given an assignment to variables and a circuit description, your software should print the output of the circuit.

The last line of input contains a circuit description, which obeys the syntax described above. Each circuit is valid, uses only the first n letters of the alphabet as input labels, and contains at least 1 and at most 250 total non-space characters.

Note that while each variable is provided only one truth value, a variable may appear multiple times in the circuit description and serve as input to more than one gate.

Print a single character, the output of the circuit (either T or F), when evaluated using the given input values.

Quido and Hugo are making a chocolate cake. The central ingredient of the cake is a large chocolate bar, lying unwrapped on the kitchen table. The bar is an M×N rectangular grid of chocolate blocks. All of the M N blocks are rectangles of identical shape and size. The chocolate bar is of top quality and the friends want to eat part of it, before the rest is used in the cake.

“OK,” says Quido, “let’s divide the whole bar into two triangular chunks by a straight diagonal cut from its upper-left corner to its lower-right corner. We will then eat all of the blocks which have been cut exactly in half, into two equal-area pieces. You will eat one half and I will eat the other half of each such block. All other blocks, that is, the blocks which are either uncut or cut into two parts of different sizes, will go directly into the cake. Of course, we will make sure the cut is perfectly precise.

Let’s see how much chocolate we get to eat!”

The input consists of two space-separated integers M and N given on a single line, (where 1≤M,N≤10^18^). The numbers M and N denote the number of blocks in one column and in one row, respectively, in the chocolate bar.

Print the number of blocks of the chocolate bar which are cut into exactly two pieces of equal area.

You enjoy your new job as a teacher of young children. It’s fun to see them learning to count, recognize letters, draw, and interact with the world.

One common problem you’ve noticed is that children often forget numbers when counting. For example, early on they might count “one, two, three, five, six.” You have to remind them about that “four” that they didn’t say. And as they get more proficient and clever, they may use the “quick” way of counting: “one, two, skip a few, ninety-nine, one hundred!”

Please write a program that can help you (and your students) identify the missing numbers when they are counting.

The first line of input contains a single integer n, where 1 ≤ n ≤ 100. Each of the next n lines contains

one number that the child recited. Each recited number is an integer between 1 and 200 (inclusive). They

are listed in increasing order, and there are no duplicates.

If the child recited all the numbers between 1 and the last number they recited, then print good job.

If the child missed any numbers between 1 and the last number they recited, then print those missing

numbers in increasing numeric order, one per line. 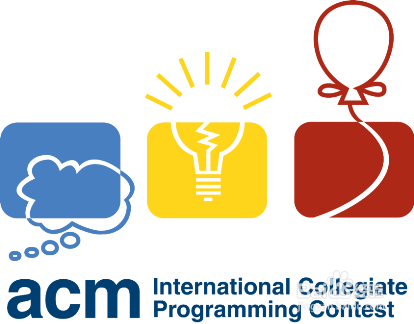